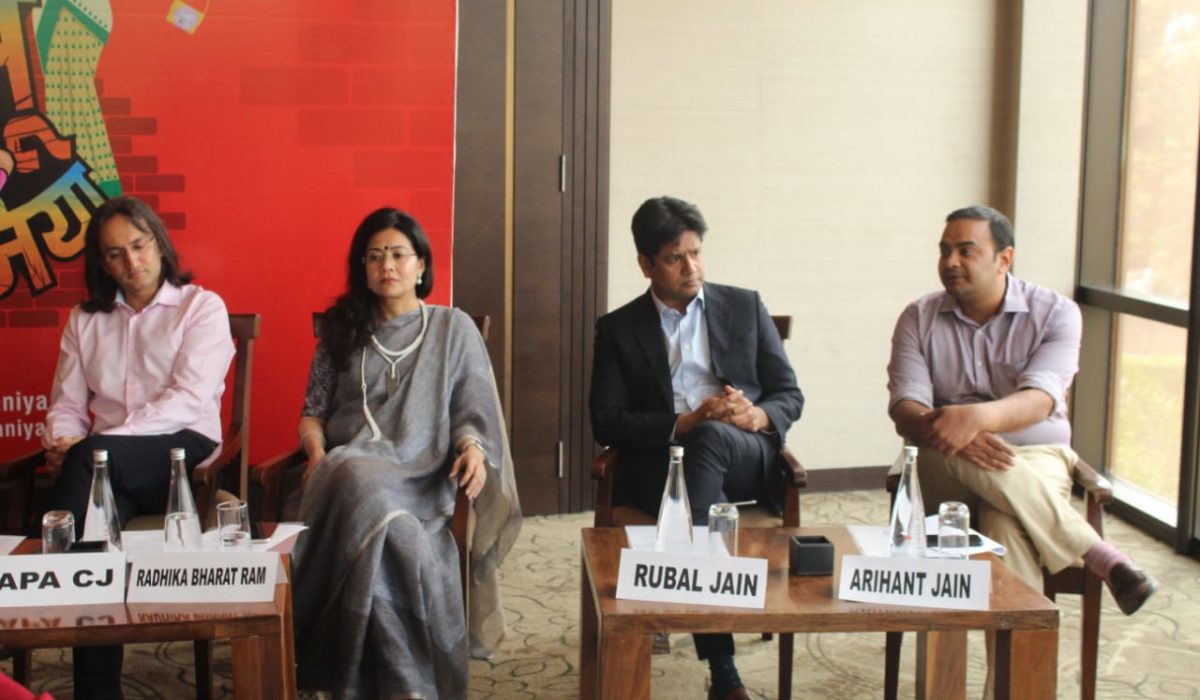 Safejob, powered by Safeducate, India’s largest training, skilling and consulting firm, partnering with Women Entrepreneurship Platform (a NITI Aayog initiative), culminated its heart-felt Campaign Dhasu Womaniya that celebrates the awesomeness of all women, on 25th February. This campaign, which is centred on an upcoming music video (to be released on 8th March – International Women’s Day) on the theme of ‘dhasu’ women, attracted the attention of women from all age groups and walks of life and led to over 1000 amazing women sharing their personal stories of struggles and wins in www.dhasuwomaniya.com.

This Challenge is the company’s endeavour to celebrate the spirit of womanhood as they wish to shine a spotlight on stories of women who found success in personal and professional life. On 2nd March, a team of 4 spectacular jury members, namely Ms. Radhika Bharat Ram (the Joint Vice Chairperson of The Shri Ram Schools), Papa CJ (world-renowned international stand-up comedian), Prashant Tandon (Co-founder & Chief Executive Officer at 1MG) and Sarah Jacobs (journalist & anchor with NDTV) will shortlist 30 most impactful stories that will ultimately get featured in the music video of a light, carefree song inspired by the women of today sung in a ‘folksy’ manner by a renowned classical singer Mahima Dayal, also known as ‘Bawari Basanti’. The company also plans to release a Coffee Table Book to showcase the stories of these amazing women, work with these role models to strengthen and maximize their impact and will release more details shortly.

Speaking about the concept behind the campaign, Divya Jain, Founder & CEO, Safeducate, said, “Women need more women role models and the International Women’s Day is a perfect opportunity to bring these fabulous women of the world together and have their stories be told. Considering the challenges these women have faced to bring about massive changes in the societies that we live in, this ‘Dhasu Womaniya’ campaign is a small effort by Safeducate to celebrate their enduring spirits. We look forward to the entries and are confident that our eminent jury members will sift through some of these inspiring achievers to make this music video truly inspirational.”

Anna Roy, senior advisor, NITI Aayog, said, “NITI Aayog’s Women Entrepreneurship Platform is happy to partner with Safejob for the Dhasu Womaniya Campaign that highlights the struggles and achievements of women from all walks of life. We wholeheartedly support such a positive initiative that celebrates the extraordinary achievements of seemingly ordinary women.”