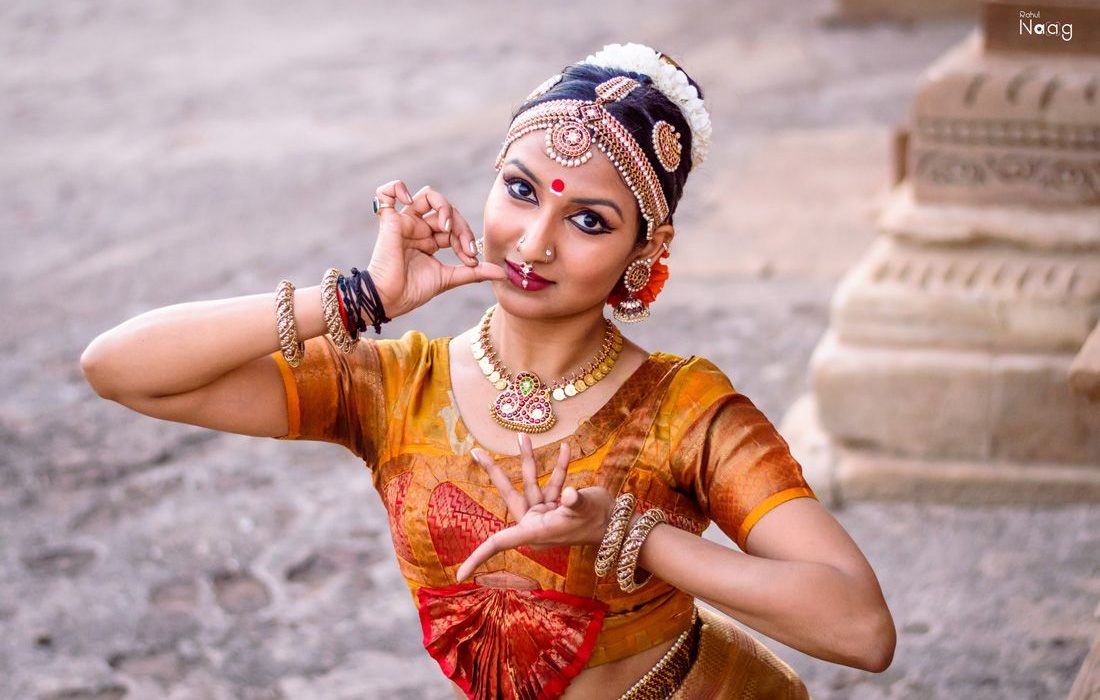 She was seven, running fever but the show went on as they were performing in Atlanta.  The show is still going on quite magnificently as Bhavana Reddy, from the illustrious Reddy family, the exponents of kuchipudi dancing, has carved a brilliant niche for herself. She is young and vivacious but her dedication and perfection of ‘abhinaya’ and technique is what makes her stand out. It’s heartening to see a young soul carrying on the beautiful legacy with utmost discipline and devotion of classical dancing. It’s years of focussed practice, which she started quite young at the tender age of five…

A graduate of Delhi’s Lady Shri Ram College for Women, Reddy’s tryst with the classical dance form and performance on stage began when she started off playing the role of little Krishna on stage accompanying her parents on tours. Bhavana is also trained in Western contemporary music. An accomplished singer, Bhavana’s first solo is called Tangled in Emotions. She has performed at the Grammy after-party in 2013 and sung a song in the grunge rock style for the Hollywood film Joy Ride 3. Needless to say, Bhavana is multi-faceted and a pool of talent.

Performing recently at India Habitat Center, Bhavana’s first performance of 2020 was a tribute to the ashtamurti, or eight significant aspects of Lord Shiva. It turned out to be an evening of spirituality and music blended together for an enlightening experience. Called ‘OM Shivam, the show was a dramatic presentation portraying all the accomplishments by the Lord of Dance invoking the multifaceted persona of the Lord of Dance with a stunning performance. Bhavana is one artist to watch out for. Already a winner of many awards, Bhavana’s graceful movements coupled with her charm win audience all over.